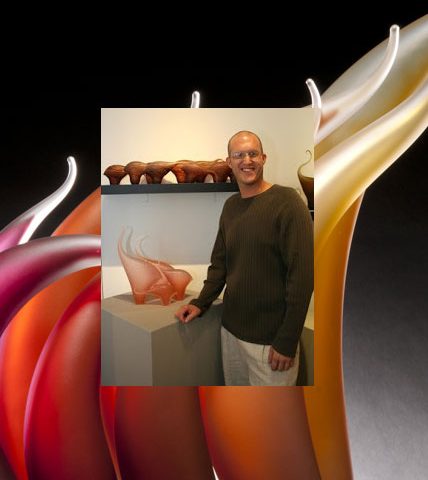 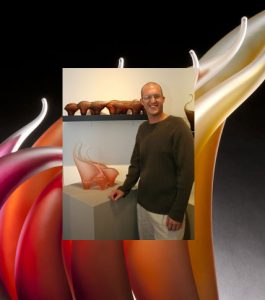 Rick Eggert was born in Southampton, New York in 1974. He spent his early childhood in New York, then later moved to Vermont, where he began working in glass. His quest for inner growth has led him to Tahiti, Moorea, New Zealand, Australia, and Thailand.  Rick has spent time working in Korea as an English teacher, and in Puerto Rico as the operational manager of an entertainment company in the rainforest. Rick’s background includes a BFA in Glass Sculpture from The Rochester Institute of Technology in upstate New York and numerous years working as a technician for various schools and businesses across the eastern United States.

Rick spent ten years owning and operating his own glassblowing studio in Stuart, FL. He has recently relocated to Palm Beach County, Florida where he now creates his work and is the Creative Director for the Benzaiten Center for Creative Arts in Lake Worth, FL.