Living in rooms that you really want to be in

Top 10 questions to ask before you spend tens of thousands of dollars on a custom bronze sculpture (and one bonus question!)

Richard’s debut at the Sandler Center

Living in rooms that you really want to be in 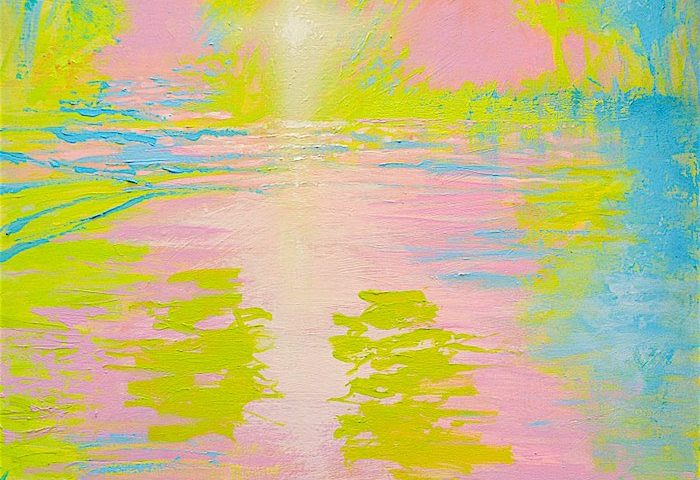 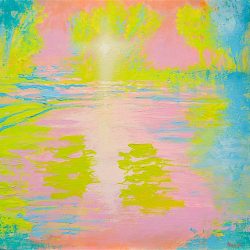 If you have to live in a confined space, and it seems we all do these days, whether it’s a spacious house or an apartment, those walls should have art on them that is reflective of your own personality. Art that is personal. Art that is as thoughtful and beautiful as the person who owns it — you. 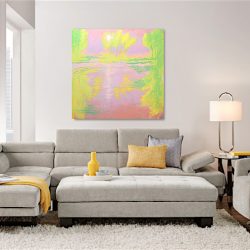 So perhaps it is time to slow down, and maybe take a walk. Turn off the news. Contemplate something soul filling. I suggest art, and triphop jazz, and good novels. 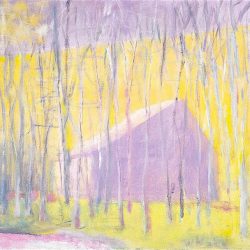 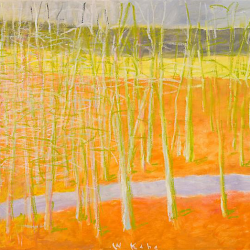 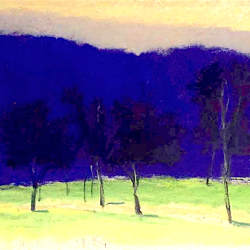 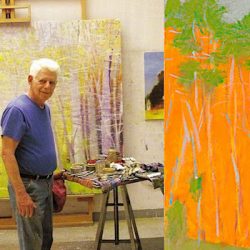 Wolf Kahn passed away this week. If you know his work, you may see a striking resemblance between his groundbreaking colorful abstract landscapes, and my own humble efforts. (The piece at the top of the page, that I completed just this month, is an example– to this day he still influences me.) And, over the years, while I struggled mightily to make increasingly abstract works while painting the rivers and skies and trees, and wanting to experiment with color, it was always Wolf Kahn who was a guiding star, a colorist’s colorist. As I said to one curator, “The trick is to paint a landscape in surprising color WITHOUT being Wolf Kahn.”

His mesmerizing verticals – clusters of trees in the woods—yes, we know what they are, immediately, but they are not tightly “rendered”. And those intertwined right angle strokes to make the branches of pine trees – all brilliantly carefree. And splashes of broad parallelograms and triangles that instantly gave us mountains, receding fields and skies – in carefully graduated and attenuated colors. I learned so much from him about how to plan, to lay one color next to another, (lessons he no doubt learned from Josef Albers). But more than just a designer, he was playful, willing to take risks with hues.

And in both oil paint and in pastels, he “owned” certain colors…lemon yellow, his cold acid green-yellow that matched up beautifully with perhaps a shimmering violet and that regal, infinitely deep navy blue. Kahn would paint a field in, say, a yellow-orange. But it was never just one color was it? It was a particular yellow-orange, laid in with care, and graduated in a gentle impressionist crosshatch stroke from light orange to a receding (!) yellow, and tempered with a red edge, all thoughtfully balanced and just right, always with his exquisite good taste.

His work was charming, in the best sense of that word. This notion gives us an insight to his real talent. He had the ability to experiment with proportion and balance, rigorously adjusting and tempering 3D space by applying oil paint in two dimensions onto a stretched piece of cloth. So there was this intellectual side of him, like Cezanne, understanding the need for finding the abstract form WITHIN the landscape, but tempered with a desire for beauty. Whatever pleasing decorative quality there was to Cezanne’s paintings, was a side-effect of searching for a “sculptural” form, in my opinion. Wolf Kahn sweated crimson to find combinations of form and color that would sing!

Wolf Kahn was born in Stuttgart, Germany and at nineteen studied under Hans Hoffman, for whom he was later a studio assistant. Kahn’s background enabled him to translate Hoffman’s German/English mutterings for his classmates in New York and Provincetown. There is a story that Kahn relates, saying that it took him his entire life to understand what Hoffman was trying to teach his students about abstract space. You can see this in the development of Kahn’s work. He was a representational artist, even into the nineteen-sixties, but evolved to find the abstract space within a realistic landscape, with his own color sense, and casual draftsmanship.

And that is the crux of it. Combining the abstract and the representational. Veer too far to the abstract and you have a pretty grouping of shapes. But ultimately cryptic and unyielding in its secrets. Stray too far into the representational and you have just another pretty postcard painting, without a backbone, without a compelling form. But find that razor’s edge, where the mystery of abstraction is given a hint of reality, a painting to which we all can add our own memories of place. Dreamscapes more interesting for being our very own. Now add surprising color, glorious mashups of yellows and violets and pink and cobalt blues and more!

His pictures take us to a unique place where there is joy and more possibilities. That was Wolf Kahn’s quest. And his gift to us.

Here is a PBS special on Wolf Kahn painting outdoors, and here is a transcript from an interview with Kahn about Hoffman, negative space, order and balance. 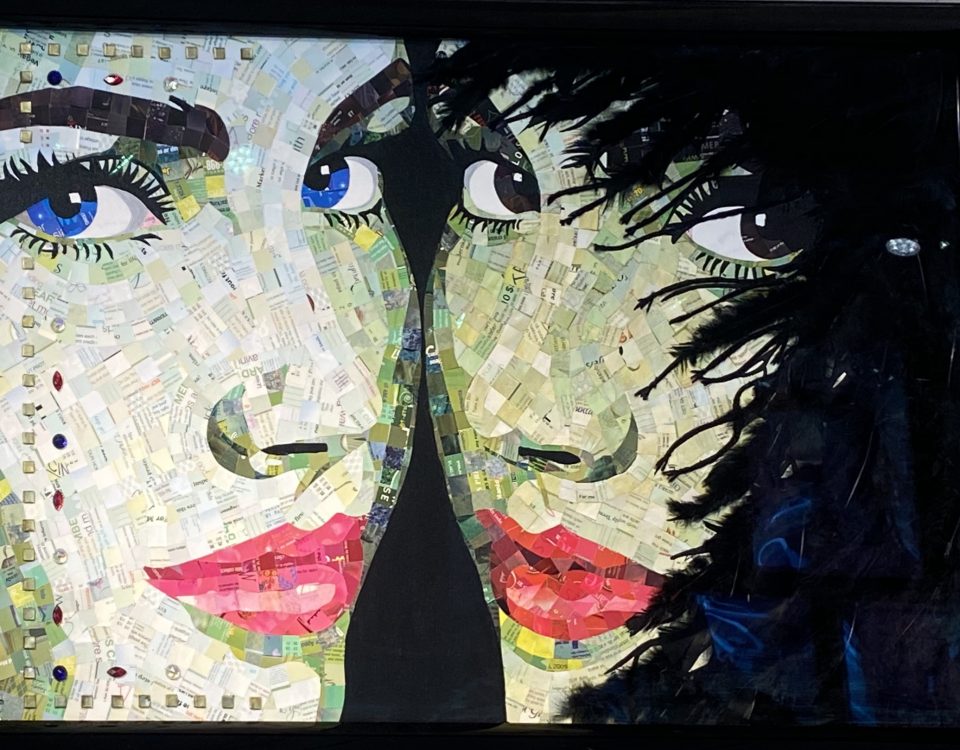