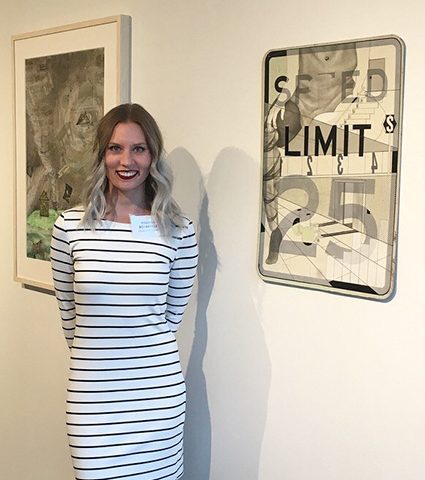 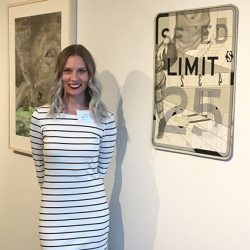 Melissa Schappell was raised in the suburbs of Philadelphia and attended Kutztown University of Pennsylvania where she received a Bachelor of Fine Art with a concentration in Drawing and a Bachelor of Science in Art Education.

Drawing as a concentration gave her flexibility to work with a variety of media and formats, which suited her natural inclination to work with wet and dry media in non-traditional ways.  After graduating in 2012 she received an offer to teach at the Visual and Performing Arts Academy of Salem High School in Virginia Beach, Virginia where she worked with these gifted art students for 5 years.  She recently received her Master of Fine Art Degree from Radford University where she also served as Professor of Record for Art Appreciation courses.   Her work has been shown at a variety of established academic institutions, museums, fine art galleries, and art centers, with a recent solo exhibition at the Virginia Museum of Contemporary Art Community Gallery.  She has also been awarded in juried exhibitions and festivals, including a Best of Show at d’Art Center’s National Juried Exhibition, an Award of Excellence in the Virginia Artist Juried Exhibition at Charles H. Taylor Visual Arts Center, the Museum Purchase Award Winner at Radford University Art Museum’s Juried Student Art Exhibition, and the “Virginia’s Finest” award at Virginia MOCA’S 2019 Boardwalk Art Show.

Expectations are personal beliefs about something that may happen in the future and they can shape our opinions, behaviors, choices, and actions. My work explores this area of psychology as well as human systems of communication via the semiotics of symbolism, signs, metaphor, and storytelling. The art challenges perceptions and manipulates expected imagery and anticipated content by juxtaposing them amongst fantastical scenes and nonsensical compositions. By maneuvering between the real and the unreal, they exist as a refusal to accept the predictable manifestations that an expectation may cause. Despite their theatrical and metaphorical nature, the works expose personal, societal, and cultural truths. They confront expectations and perceived reality as it relates to gender roles, relationships and sexuality, politics and religion, and social constructs.

The multi-media and imaginative forms collaborate to address these systems in weird and wonderful ways as the subject matter coexists amongst the cheeky humor, satire, and/or layered symbolism. Layering media that are not commonly mixed, such as watercolor and silkscreen with transparent papers and found objects, sets the stage for spontaneous forms and symbolic connections to occur. Blending hand-crafted and highly-rendered naturalistic elements with mass-produced ones, a strategy that can be found in Placebo Platter, also exaggerates this oscillation between the real and unreal. The work embodies a style that both physically and conceptually fuses elements of early renaissance and surrealism with dada and abstraction. In these pieces, the metaphorical characteristics and duality of Hieronymus Bosch and Pieter Bruegel’s work are combined with the social commentary and narrative qualities of Barbara Kruger and Kara Walker.

Collage is a tactile and tangible way of creating visual art that is reminiscent of a director’s role during a performance rehearsal. I direct the physical pieces in their interaction with each other which creates intentional clues for where the story could lead. While these “actors” are told which set to be on and in what order to appear, any improvisation on their part is embraced and sometimes used in place of the intended script. Through the mischievous infusion of misdirection and an embracing of the bizarre, an environment that promotes curiosity and investigation amongst the viewer is perpetuated. The works are directional and stage setting, but not conclusive so that the viewer is invited to bring their context and adaptation to the narrative. While some pieces present their layered symbolism amongst abundance and excess, others require a physical investigation of the eye to read between the subtle semi-transparent layers.